THE SOUND OF DROWNING

A poem told through the streets of Harlem, Amyra Leon's journey from foster care to Harlem's Apollo theatre.

Australian director Renee Mao’s adaptation of artist and musician Amyra Leon’s poem, “The Sound of Drowning.” Featuring Leon and Queen G.C.M.H., Mao follows Leon on her journey from a childhood of foster care to taking the stage at the Apollo Theater in Harlem.

Leon <<The Sound of Drowning is an incredibly intimate look into my life, it serves as a love letter to Harlem and all that I have survived. I have navigated unspeakable wars since I was a toddler bouncing around the foster care system and have somehow managed to cultivate a life of joy and wonder – one I was told was impossible for kids like me, drenched in melanin and poverty. This visual is sacred to me because it captures Harlem on the cusp of its last breath as gentrification disappears the very streets that saved my life. This video is the perfect preamble to my highly anticipated full-length album Witness.>>

Director Mao <<Amyra’s work as a musician and poet has been a huge inspiration for me in my creative journey since we begun collaborating years ago. Prior to The Sound of Drowning, we’d worked together on several music videos such as Chasing and Strange Grace but this idea was something different. I remember first talking to Amyra about this film and about creating a piece of work that faced inwards, a profile piece, something really personal that stood apart from her other work. And then a few weeks later she sent me The Sound of Drowningand I was absolutely blown away.

The poem has so much power, emotion and creativity in every sentence that my job was just to find the right visuals to pair with it. I imagined this piece as a beautiful and poetic way to introduce Amyra Leon as an artist. It was important to me that the film had stunning visuals, images that could accompany and elevate the beauty of Amyra’s poem and create an abstract and symbolic window into the story of her life. We chose to film all around Harlem in the neighborhood where Amyra grew up, and we visited many places of significance to her. We also cast a young girl and recreated images that mirrored parts of Amyra’s childhood that are alluded to in the poem.

Over our two day shoot, we filmed on an Alexa Mini with Kowa anamorphic lenses set up on a Movi Pro rig as we wanted the ability to have smooth, dreamlike movement to elevate our shots. We had a small, tight-knit crew and moved nimbly, shooting a lot of our content on the fly and working with natural light. We spent the majority of day one shooting in a house that gave us some reimagined visuals of Amyra’s childhood, ending that day on the roof at Amyra’s apartment shooting as the sun went down.

Day two we spent traveling all around Harlem, re-visiting a lot of real places of significance from Amyra’s childhood. That was our heavy exteriors day and it was the first day of heavy snow we’d got that season. After nearly calling the shoot off, we decided to venture out despite the weather and film anyway. Ultimately, the snow adds a whole other gorgeous element of beauty and dreamlike imagery to our piece that we did not plan for – but it was not easy for a small crew shooting on the fly.

We finished off day two at the Apollo theater in Harlem, the most important and meaningful visual to me in the film. Earlier this year Amyra performed on that stage for the first time, which was a dream of hers since she was a little girl, and we played this film before her show.>> 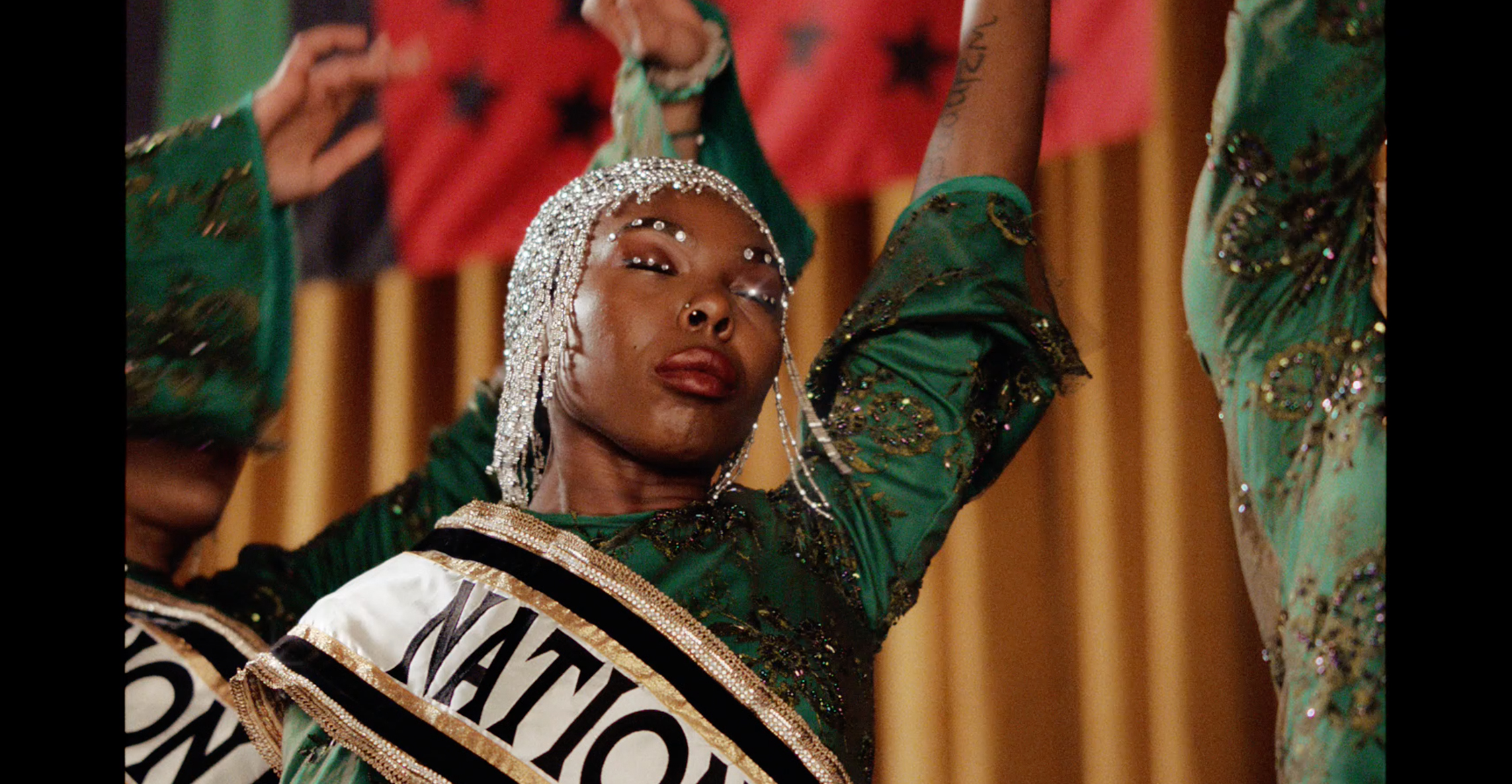 14 young dancers evoke the urgency of our oceans' plastic pollution crisis in this environmental dance film.