The comedy of everyday ironies glimpsed on the streets of NYC

Amy Nicholson is a commercial director and documentary filmmaker. Inspired by decades of people watching in New York, Nicholson whisks us through a hilarious collage of ironic contradictions in 'Irony'. Seemingly commonplace interactions of city life are turned on their heads and given a whole new comedic meaning.

Over the years I have often chuckled at some of the ridiculous situations and juxtapositions I’ve witnessed, most of which were ironic. I have a whole list of the ludicrous vehicles that have almost mowed me down on my bike: traffic cops, ambulances, even a truck full of port-o-potties. These things served as inspiration for a series of short scenes. I started to craft them into scenarios, and they began to pile up. My production company, Supply & Demand, thought they would make a great short, so I glued them together. I’ve made several documentaries and love working with real people, but I also love comedy. This was an amazing opportunity to work with actors and create humour that’s rooted in reality - my favourite kind.

Amy is currently working on a short about garden statuary and a feature-length project starring the denizens of a waterfront trailer park.

Two girls fantasise to make a declaration. To the World. 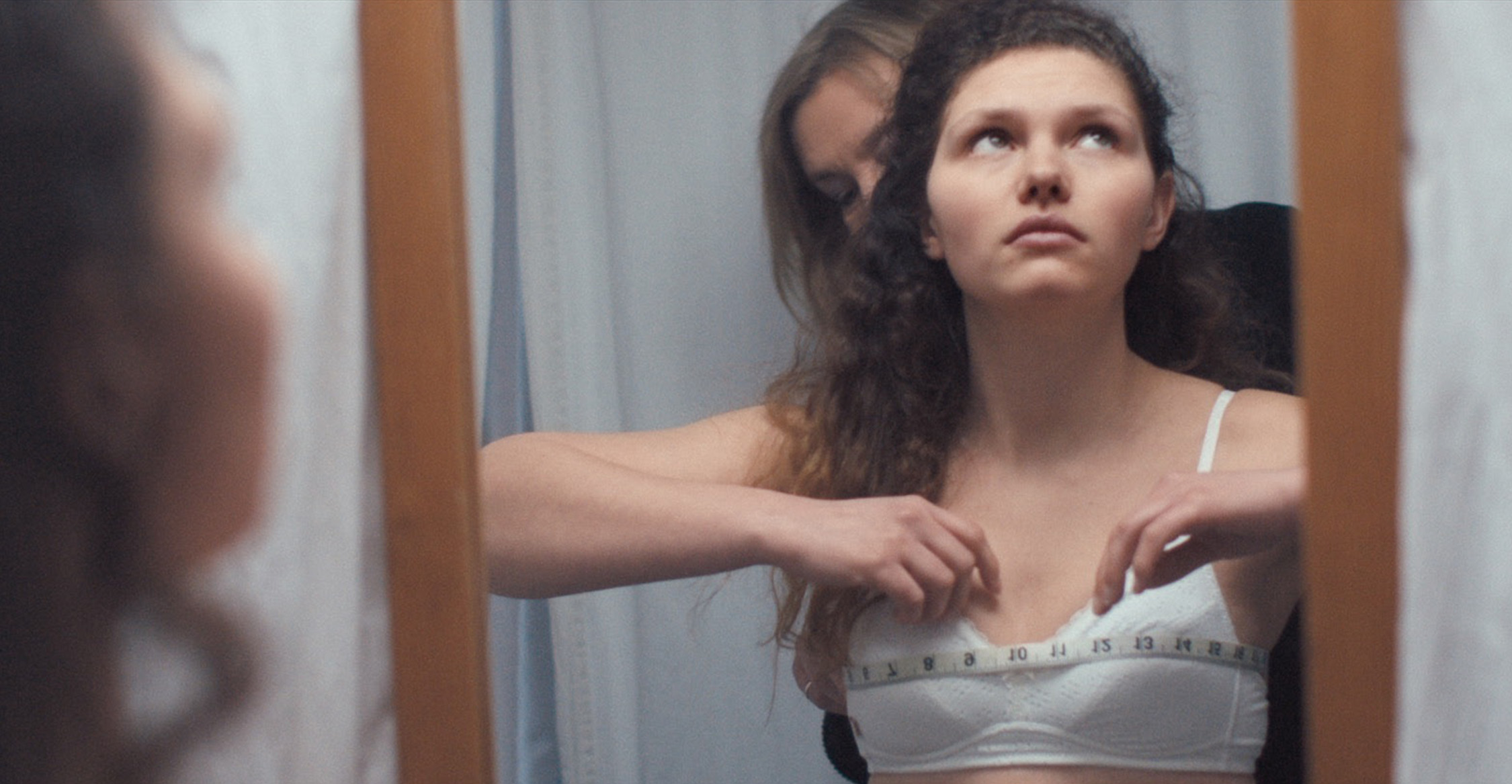 A film about two women at different ages trying to buy a bra...