On July 19, 2016, Adama Traoré died after his arrest in Beaumont-sur-Oise. Adama was brutally restrained by 3 French police (gendarmes), he did not live long after. Since that day, the family, and in particular his sister Assa Traoré, a figure on the "Justice for Adama" movement, has not stopped fighting to get the truth about the circumstances of his death and the involvement of the gendarmes, asking for their indictment - never granted.

<< The day my brother died, he went out to pick up his new ID at the city hall. He saw his other brother being stopped by the police. He ran away to go back home, as he knew they would stop him as well. They saw him and ran after him. They tackled him, putting their weights onto him, more than 300 kilos. He told them: 'I can't breathe'.

He had already died by then. >>

Since that day, the committee has been fighting to get second opinions, to denounce the dysfunctions of the judicial system, its inequity, and police violence. Since that day, Assa Traoré has been travelling all over France, going to schools and universities to raise awareness. Since that day, Adama’s brothers have been condemned one after the other, being sued by the state and put in jail. They fight for their liberation. And they fight with other movements most notably the Black Vests who fight for the rights of undocumented migrants, joining forces for the power of change.

Johanna Makabi is a filmmaker and programmer of african film, based in Paris.  Her work is marked by reflections on gender,  urbanity and afro-european archives.

Makabi << Last summer I spent some days with french activist Assa Traoré to film her for another project made by her collectif "Justice pour Adama". Since four years Assa is fighting for the recognition of the death of her brother Adama killed by three police officer. They choked him by the same technics use on George Floyd or Eric Garner for exemple. France has a real history of police brutalty, and while french intellectuals support afro-american movements, the french cases is still a taboo. In the 1960's during a protest hundreds of Algerian were killed and throw in the city river in Paris. Never a single police officer was charged after killing anybody in France. Worst, in Adama Traoré case the police officers were rewarded and Three of Adama Traoré brothers were arrested and put in jail for protesting. As a black woman and as a sister i was touched by Assa story. >>

Another interview with Assa Traoré where some of the above text has been found: 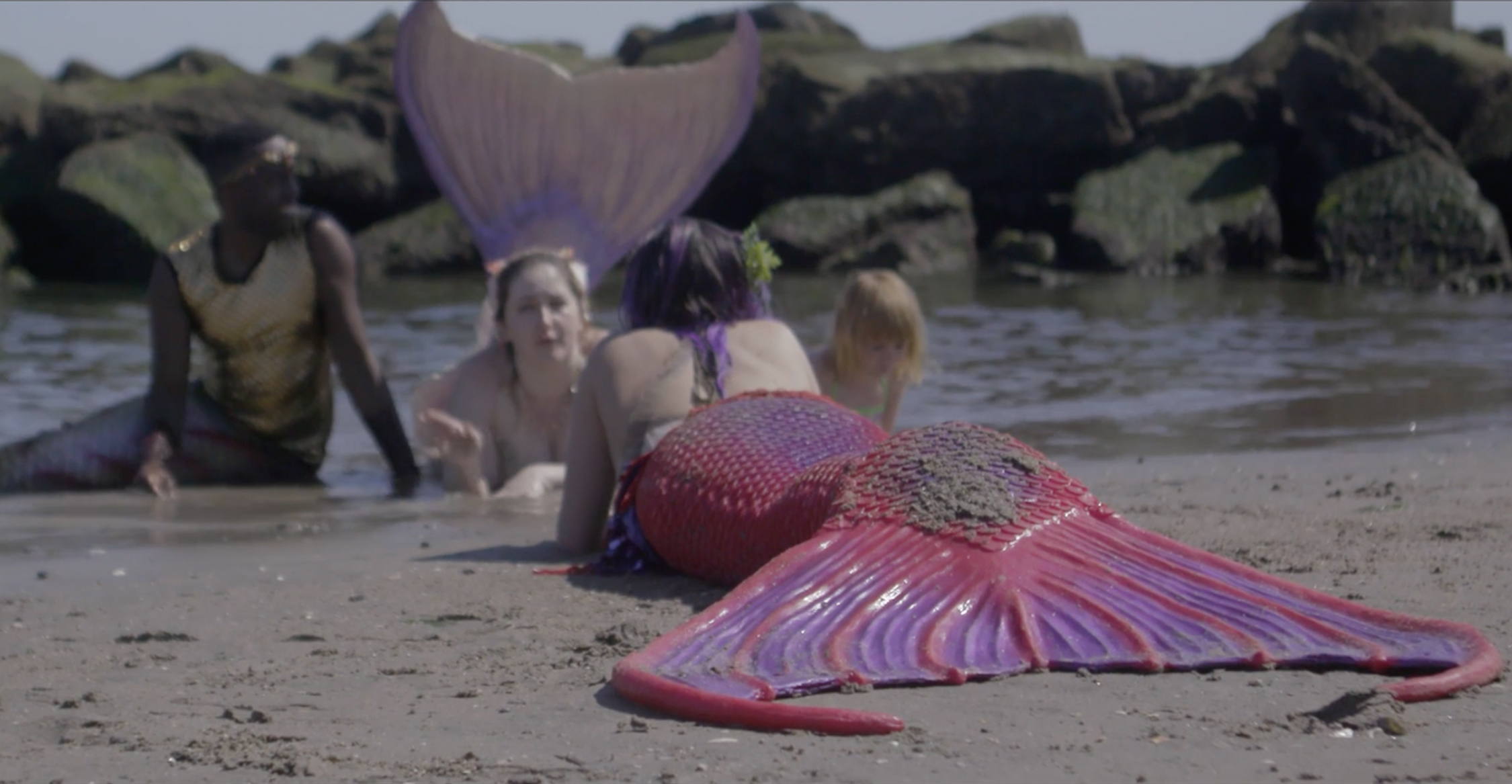 Mermaids in their mermaid parade.