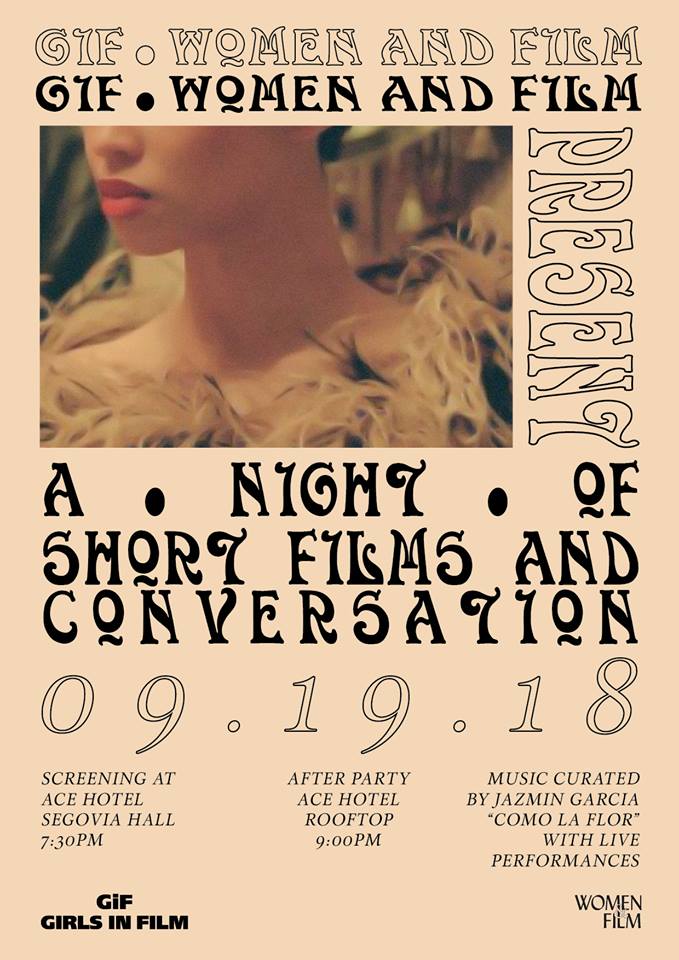 Women & Film and GiF present A Night of Curated Shorts

Women & Film is a film community.   Ultimately, our mission is to further the discussion and implement action surrounding the image and representation of women on screen and in media.  We host monthly screenings as well as FFFEST (female filmmakers festival), workshops, and film related events.

Girls in Film represents, champions and connects the new generation of female-identified creatives in the film industry through online platform, production support and events.