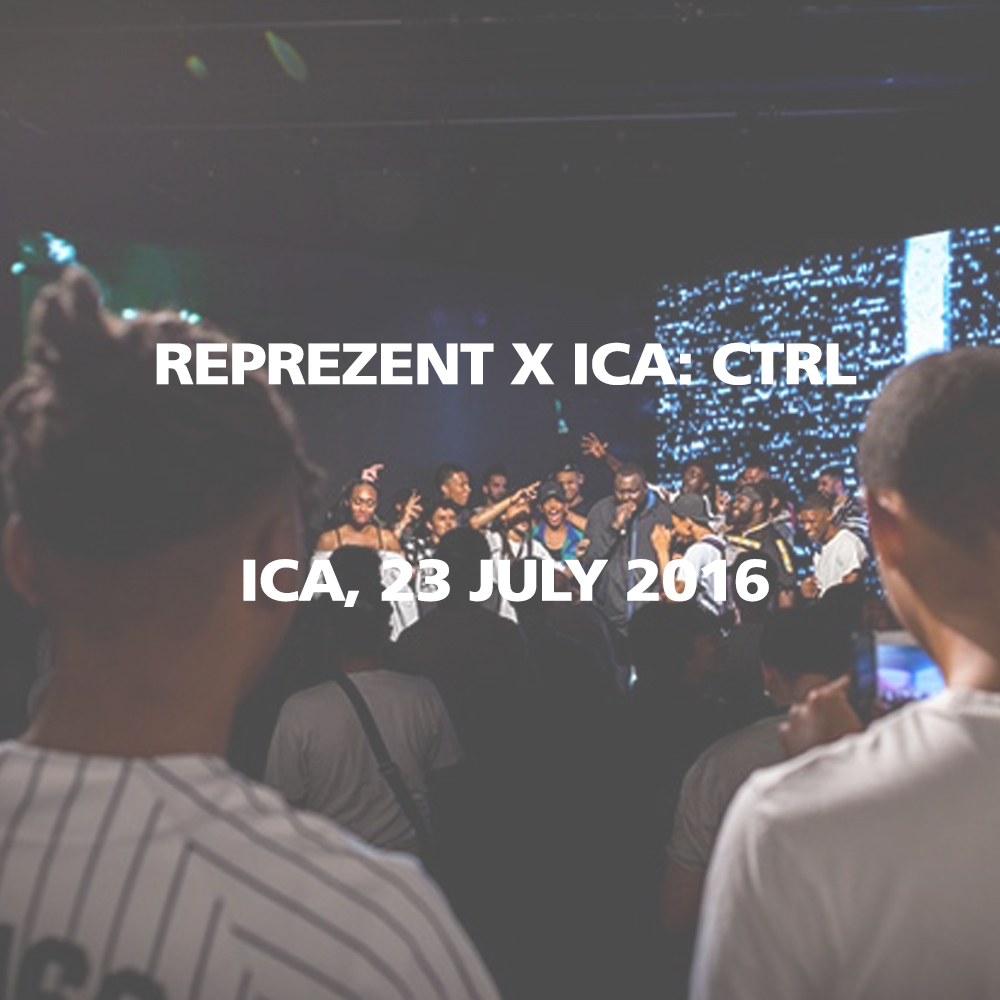 GIF curate a programme of screenings by female directors showcasing the most exciting young talent in the UK today, followed by an drop-in chat from 3pm - 5pm with advice designed to inspire and support young women interested in getting involved in a range of roles within the film industry.

ICA and Reprezent Radio have teamed up with young Londoners for CTRL, a festival with a focus on DIY and underground culture. The free day-long celebration brings you the best in new music, film and art with live performances, workshops, screenings and talks led by an exciting range of influencers.   Reprezent DJs, including Munya, Scully, Shemzy, Lorelle, will be broadcasting live from the ICA Theatre all day from within the exhibition 'The Palace' by Alasdair McLellan & Lev Tanju (Palace Skateboards).  The ICA Studio will be taken over by students from Kingston University hosting an alternative art school taster, and screen-printing with Studio-K. The ICA Cinema will host talks and screenings by Tim & Barry (JUST JAM), Girls In Film & Topsafe TV and a live event by multimedia platform Skin Deep will explore afrofuturism and the Black Lives Matter movement.