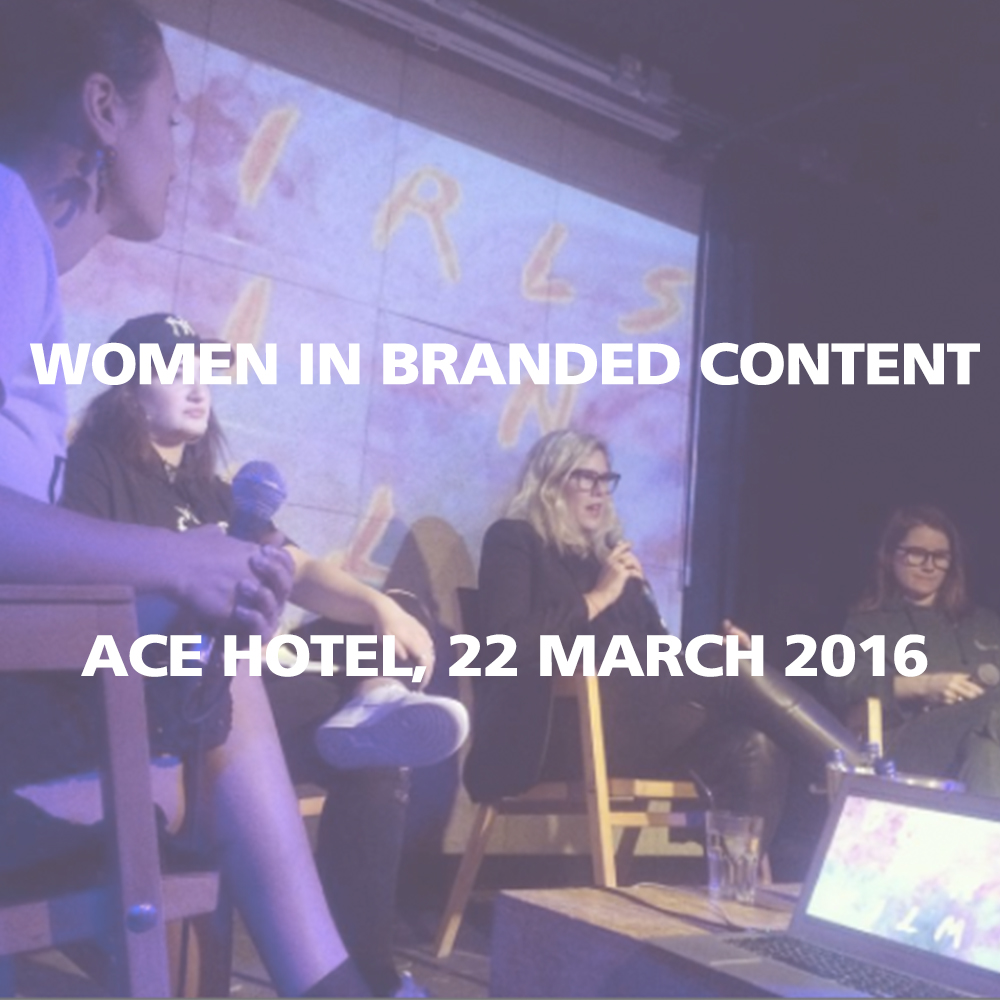 For our first event, we invited women making waves in branded films

How to create valuable commercial content, keep artistic integrity and the issue of diversity in this fast growing business, are just some of the topics confronted in the first series of GIF events.

Danielle Bennison-Brown | Director of Video Content of Condé Nast Having started her career at VICE and moving on to i-D as their Global Head of Video, Danielle was then recruited by Conde Nast, residing as their Director of Video content, overseeing titles such as Vogue, Wired and GQ.

Mollie Mills | Independent filmmaker, Best Online Creators selection, Tribeca 2014 Mollie Mills is a young filmmaker celebrating youth culture globally. She has worked on commercial campaigns for brands all over the world creating documentary style films charged with colour and the energy of youth.