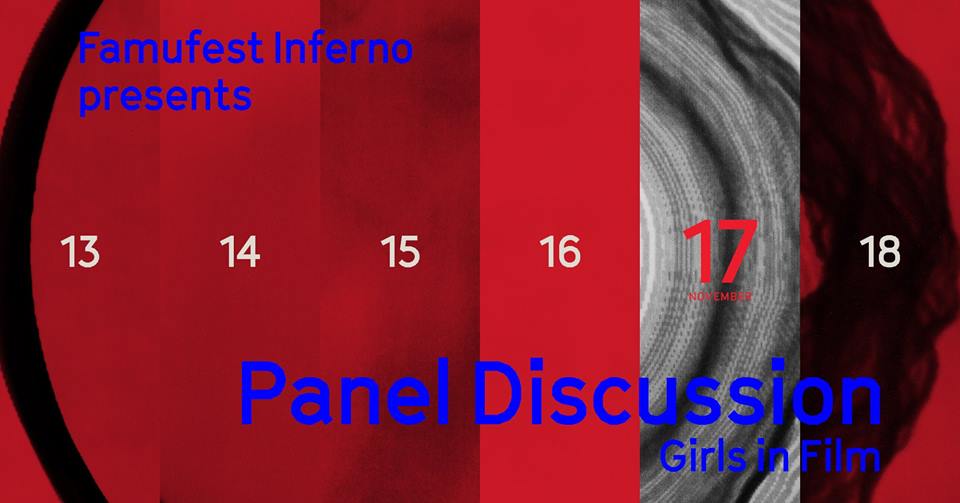 Girls in Film: GiF, a London-based platform that started its new branch in Prague this year, cordially invites you to meet the new generation of aspiring film producers.

Girls in Film: GiF, a London-based platform that started its new branch in Prague this year, cordially invites you to meet the new generation of aspiring film producers.

The panel’s speakers include:

🔥Andrea Culková - graduated from FAMU. She is an author and producer of documentary films. Her first feature film Sugar Blues (2014) premiered at CPH:DOX, it was distributed in Japan and sold to numerous countries. She is in a long-term co-operation with Czech Television where she shot films from cycles House Stories and Czech Journal. Her latest film H*art On (2017) was selected for festivals in Germany, Taiwan or Estonia.

🔥Anna Herza Tydlitatová - currently finishing her Master studies at FAMU. She started producing her debut feature film Menandros & Thaïs (dir. Ondřej Cikán a Antonín Šilar, 2016) during her studies. For a few years, she worked with artist Vladimir 518 and his Bigg Boss publishing house, cooperating on projects like Kmeny, a book and exhibition about local subcultures. Currently, she is working on a new documentary feature under her company Telekinetik called Satanic Girls: Women on the Move directed by Bohdan Bláhovec.

🔥Alice Tabery (member of this year’s Famufest jury) - graduated from FAMU in 2012. She works mostly on documentary films, New Life (dir. Adam Oľha, 2012) being her first feature as a producer outside FAMU. She coproduced the film Eva Nová (dir. Marko Škop, 2015) and also acted as sales agent on films like Osmdesát dopisů (dir. Václav Kadrnka, 2011). She is currently in development stage of a new documentary film of director Anji Sauvé Clubb, which is an American-Mongolian-Czech co-production.