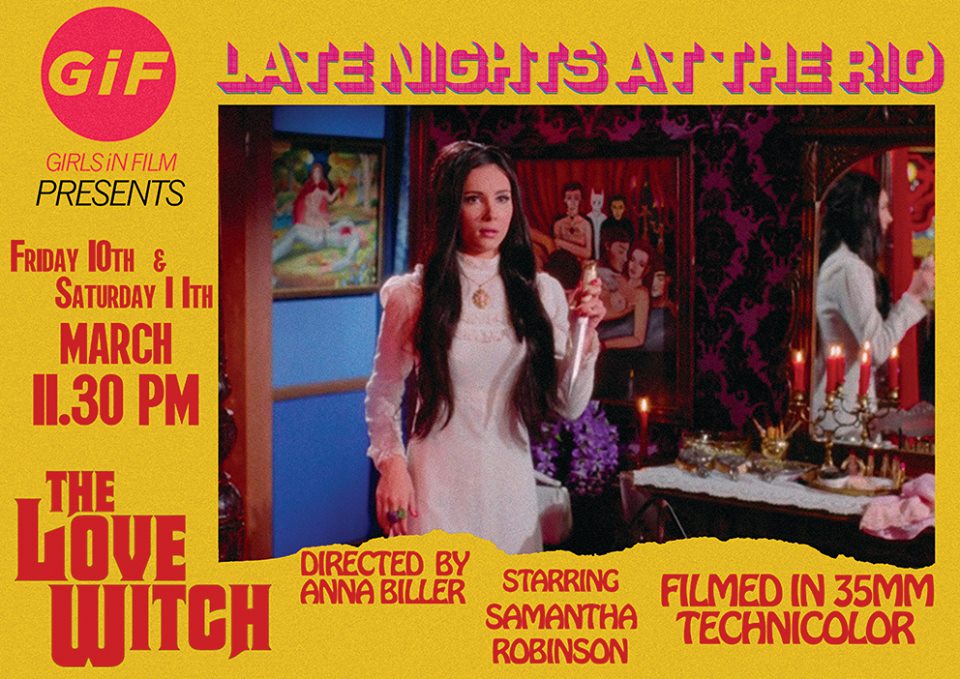 GiF presented three new films from USA to London audiences. Starting with FITS, the incredible debut by Ana Rose Holmer, followed by a homage to 70s occult films The Love Witch and closing with a documentary about Genesis P-Orridge's journey to Benin to learn voodoo - The Bight of The Twin. Each unique film brought to the cinema audiences outside of our cinephile circles and introduced films directed by women to new viewership.

Rio Cinema is an independent cinema in the heart of East London that supports independent filmmaking and creativity.