Mollie Moore
A Word Away 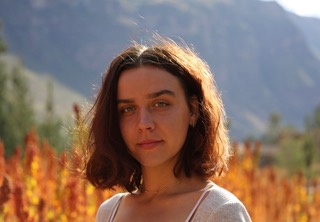 Cosmo and his family moved from South Sudan's civil wars to USA, after 18 years of selective mutism, his friend and poet Moon helps Cosmo find his words to express his story.